Home > Others > How to Screenshot on Dell Laptops

How to Screenshot on Dell Laptops 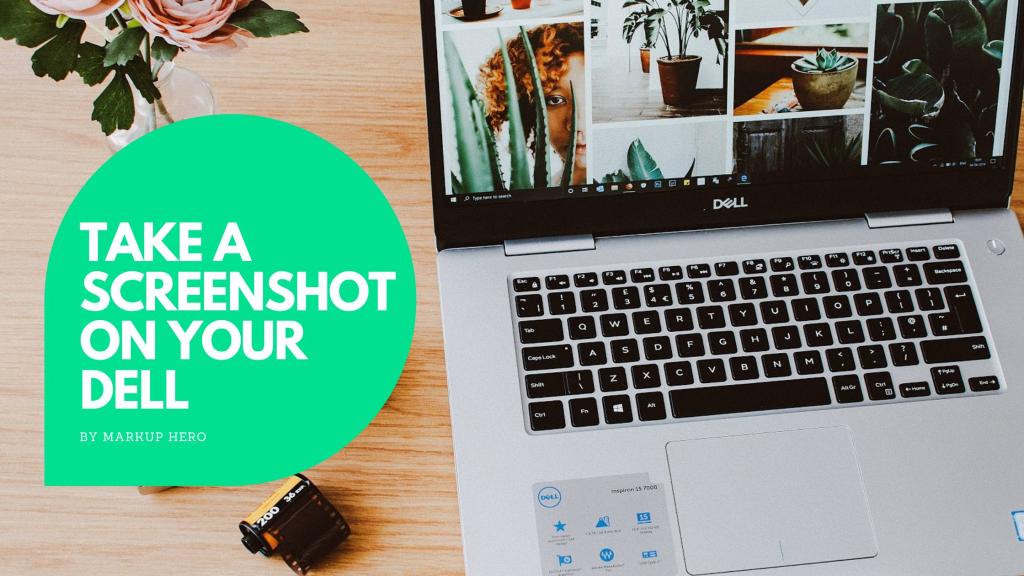 Do you use Dell laptops or computers? Have you lost sleep over how to take a screenshot on a Dell laptop? If so, then there is no need to panic. Taking a screenshot can be a bit tricky, but don't worry because we will guide you through it.

Although the first Screenshot was taken in 1960, even the computers during the 1980s did not have a proper build-in function for taking screenshots. The few systems with that function did not capture the screen's essence, graphics, and content.

None would have thought we would have such a perfect and straightforward system one day, just for taking screenshots. Here we will shed light on how to screenshot on a Dell Laptop. But before getting into that, we must have a clear-cut idea about what is a screenshot?

What is a Screenshot:

Before talking about how to screenshot on Dell laptop, we’d like to learn what is a screenshot. Also known as screen capture or screengrab, the Screenshot is an exact duplicate image of the desktop screen. A screenshot can help you capture the precise picture of your screen, and it can be caught either by operating systems or some third-party software installed on the computer.

A screenshot is not only a function that can be performed on a laptop or computer, and different methods are used to take screenshots on other devices like tablets, and smartphones, etc. But the question arises why taking screenshots that almost every electronic device has made a part of their system.

Why Take a Screenshot:

Nowadays, screenshots are used to capture the essence of a particular moment. Let's say you are watching a movie or your favorite TV/web series, and there comes a scene you love. Now you want to have a record of its beauty. For that, all you have to do is to take a screenshot, and the moment will be saved.

Suppose you have some problem working on your laptop, like creating a logo or a new web page. Now you want your friends and colleagues to help you out. All you must do is take a screenshot, send it to your colleague, and he can easily guide you through it. Also, imagine composing a long text and asking for guidance.

Apart from that, let's say you are having trouble with your laptop. So, you get in touch with the IT professionals for guidance. There is a significant chance that they will ask you to share the screenshots of your problem, and the screenshots can make it a lot easier for them to find the roots of the problem.

With that said, screenshots can play an outstanding role in achieving both personal and professional goals. Although taking screenshots is an everyday phenomenon, some people still face issues while taking screenshots. So, without further ado, let's discuss how to take a screenshot on a Dell laptop.

How to Take a Screenshot on Dell Laptop:

Taking a screenshot on a Dell Laptop is as easy as one can imagine. There is a number of ways to capture a screenshot, and the system itself provides you with programs that can assist you in taking a screenshot. Also, you can download and install third-party software to take screenshots. All these processes are discussed in detail here.

Without Any Third-party Software:

The operating system and Dell itself offer various ways to take a screenshot. So, we do not necessarily need to install additional software to screenshot Dell laptops.

This is no doubt the simplest method to solve problems about how to screenshot on laptop Dell. Some of you might already be familiar with this method, but you might be facing problems while using it. In most cases, the technique works appropriately while using Windows 10, Windows 8, and Windows 8.1.

You need to discover the "Print Screen" button (can also be "PrtScr" or "PrtScSycRq.”) on your keyboard. In most cases, it is present in the upper right corner beside the "delete" button, and this placement may vary for different keyboards. The complete process is completed in the following steps:

Apart from that, this method also gives additional functions. If you want a screenshot in your storage without using photo editors, press the windows button + PrtScr. Also, you can capture one specific window from the screen by selecting the window and then pressing Alt + Prt Scr.

Screen snipe is a tool provided by Windows 10 to capture a screenshot. It can be accessed through the notification bar present in the lower right corner of the screen. After clicking the notification bar, press expands to get extra functions. Among these functions is screen snipe, and it can also be used by pressing the Windows button + Shift + S.

Open screen snipe by clicking the icon. It further provides the options regarding the kinds of screenshots. You can choose rectangular, full screen, or even freeform snipe depending upon your need. As you capture a screenshot, it appears in the notification bar from where you can edit or save it to your storage.

The snipping tool is also a Windows program for taking screenshots. It can be quickly launched through the start bar by searching "Snipping Tool." After launching the snipping tool, we can select "New" to generate a screenshot.

The snipping tool is screen snipe with some additional functions. Like Screen Snipe, it also offers rectangular, full screen, or freeform screenshots according to our choice. But in addition to these functions, the snipping tool also provides a time delay for taking screenshots Dell laptop.

As taking screenshots became more and more common, the software developers also realized the demand and came up with software for capturing screenshots. Some of the software are considered way better than those provided by Windows itself. Discussed below is an example of such an app that shows how to screenshot on Dell laptop.

Sangit is a Screenshot capturing software. The software also provides editing tools of its own that can edit and modify images according to need. The software is not entirely for free, and you need to go premium after a 14-day free trial. Step by step process of taking a screenshot by using Sangit, showing how to screenshot on Dell laptop is given below:

Apart from the Screenshot, Sangit is also used to record videos. Although the premium account can cost about $50, it's still worth it if you professionally need to capture screenshots or do screen recordings.

Various browsers like Chrome, and Firefox, etc., also offer the opportunity to take screenshots. The browsers use several extensions to perform such functions. Like in the case of Chrome:

Can Screenshot cause copyright issues?

We often use screenshots from different websites for which we do not have permission. The use of such screenshots can cause copyright issues, and the best way to avoid it is to ask for permission from the creator.

What to Do If Print Screen is Not Working on Your Dell Laptop?

Sometimes it happens that PrtScr does not work on a laptop. It's because the laptops have an Fn (function) button that is needed to be pressed along with the PrtScr button.

How can I take a Screenshot Using a Keyboard that has no Print Screen Key?

Sometimes it happens that laptop's keyboards lack a Print Screen key. It is mainly because the manufacturers are trying to make the system slimmer for you. In such cases, you need to find the function Fn key on your keyboard. Press the Fn key + Windows button + space bar unanimously, and the Screenshot will be taken.

Although the phenomenon of taking screenshots started long ago, it was not much advanced a couple of decades ago. Now, the question we have to uncover is how do you screenshot on a Dell laptop. There are different ways to capture Screenshots on Dell laptops, including the software provided by the operating system. Apart from that, a large number of third-party software have also made it easy to take Screenshots. If you are a Lenovo user, you can refer to another post to learn how to screenshot on Lenovo laptops.