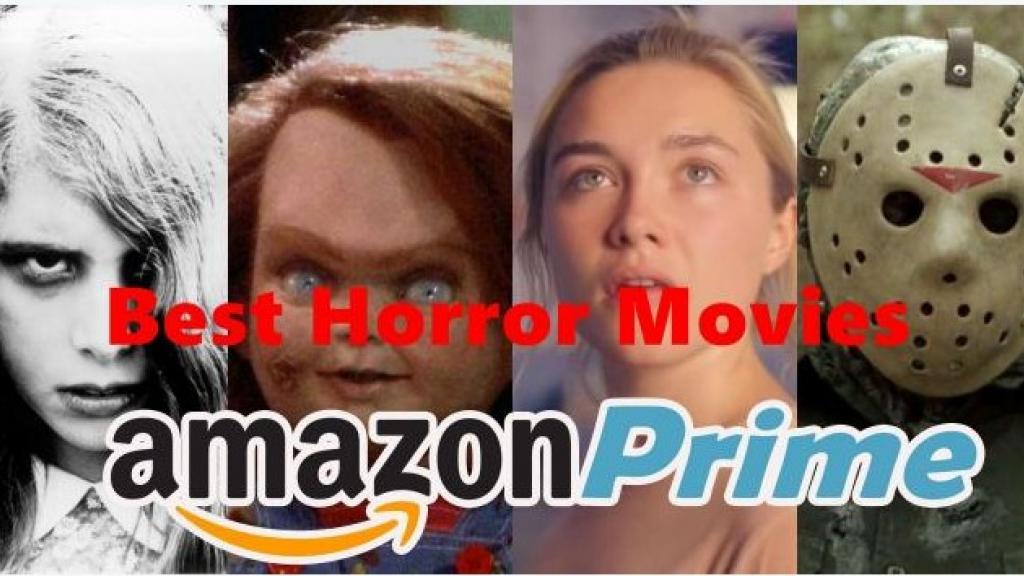 Below is our selection of the 16 best horror movies on Amazon Prime that will add some spicy to your life. Go on reading and check them out.

The Wailing is an intriguing horror movie on Amazon Prime about an occurrence in a rural South Korean village, Gokseong County, after the arrival of a mysterious man. This mysterious man pioneered the outburst of a serious infection that turned most of the villagers into homicidal maniacs.

A local lawman makes up his mind to deal with the phenomena before the entire community is wiped away. Hong-jin’s The Wailing lasted for 2 hours+, and all the while it plays out, you wouldn’t want to miss a scene. This horror title is rated 99 on Rotten Tomatoes, 7.6 on IMDB, and 86% on Google. It is a good horror movie on Amazon Prime you should watch.

Are you a fan of zombie movies? If you do, then Train to Busan is one of the most intriguing zombie horror movies on Amazon Prime you'd watch across streaming services. The movie's runtime is 2 hours and you'd be entertained all the while it plays out. Zombies remain a "constant" of the horror genre - mostly horror movies produced in 2016.

This movie, directed by Yeon Sang-ho, follows the actions of a man that tries to save his daughter and prevent her from getting infected with the deadly virus that is ravaging everyone on board a particular train. Train to Busan is also a movie to be added to the "Action" genre because it features a lot of intriguing scenes.

This movie is rated 98% on Rotten Tomatoes, 7.6 on IMDB, and 95% by Google Users. It is one of the best zombie horror movies on Amazon Prime.

Sometimes, the quest to know more about ancient mysteries would turn you into a living monster. Hellraiser is a 1987 British supernatural horror film based on Barker's 1986 book, The Hellbound Heart. The movie was written and directed by Clive Barker, and produced by Christopher Figg.

Sean Chapman (Frank) got Pandora's box of terrors and while going through the content, he got taken over by demons known as Cenobites. The demons drag Frank into their realm of pain and torture. Frank's brother (Andrew Robinson) moves in with his family into Frank's residence.

While Andrew and his family lived in the house, on a fateful day, a drop of blood reawakens Frank, and he seeks fresh victims to ultimately be reborn. This horror movie on Amazon Prime may be too old, but it beats most newer titles on the Prime Video network.

4. The Silence Of The Lambs

Rated 5 stars on Prime Video by over 13,000 persons, The Silence Of The Lambs is one of the best horror movies on Amazon Prime Video. You can stream this movie on any device, or rent/purchase it. This is a 1991 classic Directed by Demme Johnathan. Also, this movie and its cast won five awards at the 1992 Academy Awards.

In this movie, an FBI agent, Clarice Starling, seeks help from a psychopathic serial killer in order to apprehend another serial killer who has been claiming female victims. Although an old movie, The Silence of the Lambs remains on the list of the best horror movies to stream on Amazon Prime.

This top Amazon Prime horror movie is liked by 95% of Google users, rated 8.6/10 on IMDB, and 96^ on Rotten Tomatoes. Overall, you need to see this movie if you haven’t.

Going on with this list, The Lighthouse is a good horror movie on Amazon Prime. The storyline is interesting and intriguing. It tells the story of two lighthouse keepers: a younger Ephraim Winslow and his elderly supervisor, Thomas Wake. The lighthouse is located on a remote mysterious New England island.

Ephraim is being haunted by strange and mysterious visions, which made him and his supervisor fight each other for the sake of their sanity and survival. This movie isn’t too scary to watch as zombie horror movies. The actions are mild, which makes the movie a good one, overall.

The Lighthouse is rated 90% on Rotten Tomatoes, 7.5/10 on IMDB, and liked by 82% of Google Users. You can also rent or purchase this movie on the Prime Video network.

Directed and produced by Jordan Graham, Sator is an American supernatural/horror movie set in a secluded, desolate forest. The movie follows the story of a broken family being observed by a demon, Sator, who seeks to claim them.

How good are you with guessing horror movies? Do you think Sator claimed the family? This 85 minutes thriller is a must-watch for horror movie lovers. You can also rent this movie and watch it on your hardware player.

A YouTuber and her two friends after visiting a motel in California as they were trying to record unique content for their channel. Follow me is among the scariest movies to watch on Amazon Prime.

It is a horror/thriller about a social media influencer and his friends who found themselves in over their heads as they try to get quality online content, which led them to a sinister world in Moscow.

Well, this movie may get you frightened as it is very scary to watch. Notwithstanding, for people who love watching scary and horror movies, this is an interesting title to see on Prime Video. Follow Me is rated 3.6/5.0 on IMDb and liked by 67% of Google Users.

Madres is an interesting horror movie you'd definitely watch over and again. It focuses on a newly wedded couple expecting their first child but faced with terrifying visions after moving into a new home. This movie is set in 1970s California -in a farming community within the city.

A Mexican-American couple faces terrifying visions and strange symptoms that threaten their new family. Madres is part of the Welcome to the Blumhouse collection and it is a movie every horror film lover should watch. The storyline is pretty interesting.

Available in UHD and HDR quality for stunning clarity while streaming on Prime Video, Black Box is an intriguing Sci-Fi horror film directed by Emmanuel Osei-Kuffour. It follows the story of a young man who lost his memory after he had an accident - the accident also claimed his wife's life and made him a single dad.

Nolan found himself in a state of amnesia after a horrific accident, but he still has a 10-year-old daughter to care for. He was booked for an experimental treatment to restore his memories, but the result of the surgery made things worse for Nolan as he started having a series of disturbing hallucinations.

This movie marks the directorial debut of Emmanuel Osei-Kuffour, Jr., and it's really a good movie to watch. Black Box will keep you on a spot until the scene plays out. It is rated 70% on Rotten Tomatoes, 6.2 on IMDb, and liked by 77% of Google Users.

How fast can you run and get away from a Great White while stuck in shark-infested water? Well, you have to be lucky to come out alive! The Reef is a 2010 Australian horror film written and directed by Andrew Traucki; it is actually Andrew's second feature film.

Featuring top acts like Keanu Reeves and Elle Fanning, The Neon Demon is a good scary movie for horror movies lovers. It centers on Jesse (Elle Fanning) and her move to Los Angeles after her 16th birthday to kick off her modeling career.

She is been told that she has the qualities to become a top star. However, Jesse would have to deal with a set of ruthless vixens who despise her fresh-faced beauty. She also has to deal with a crazy motel manager and a creepy photographer.

All these notwithstanding, Jesse excelled in her career; but her personality changes so she could deal with her cutthroat rivals. The Neon Demon is among the best horror movies on Amazon Prime even though it has a poor rating of 2.8/5.0. On Rotten Tomatoes it is rated 59%, liked by 70% of Google users, and rated 6.2 on IMDb.

What could be the secret behind a timid student’s sudden brightness? Well, she discovered a book belonging to a deceased classmate - what’s in the book? Nocturne is a recent horror movie released on Amazon Prime Video; it is one of the most intriguing horror movies to watch on Prime Video. This movie is available in UHD and HDR quality.

It focuses on the life of a schoolgirl who suddenly begins to outshine her outgoing twin sister after she discovers a mysterious notebook belonging to a deceased classmate. This movie is rated 62% on Rotten Tomatoes, 5.7/10 on IMDb, and likes by 67% of Google users.

Also, available for rent and purchase, Climax is a good horror movie to check out on Amazon Prime Video. It is a story about young French dances and a remarkable "all-night" celebration. Directed by Gaspar Noé, Climax has a good rating across various movie review sites and platforms.

Some young French dancers decided to have an all-night dance party in an empty school, but somehow it seems they are not alone as someone induced their drinks with LSD. Now, they’re been taken into deep hallucinations that marred their once smooth-going party.

A troubled college freshman, Luke, resorts to resurrecting his imaginary childhood friend, Daniel, to help him fight violent family traumas that seem to be more than what he can handle alone. Well, Daniel is charismatic and full of energy, so he helped Luke achieve his dreams; however, there is a problem - nothing goes for nothing. After Daniel helped Luke, he puts him in a desperate fight for his soul. This movie is rated 84% on Rotten Tomatoes, 6.1/10 on IMDb, and liked by 79% of Google Users.

This 86-minute horror film is a thriller you'd definitely want to watch again and again. It is a new movie - released in 2020. Bingo Hell follows the story of a feisty senior citizen who fights to protect her neighborhood from an evil force killing the residents of a local bingo hall in gruesome ways.

It is part of the Welcome to the Blumhouse collection - set in the barrio of Oak Springs. This group of strong, stubborn elderly friends refuses to be gentrified and is determined to fight as a community and family to overcome whatever force was trying to take over their beloved bingo hall.

Although this movie does not have lots of positive ratings online, it is still one of the best horror movies on Amazon Prime Video.

Written and directed by Ted Geoghegan, We Are Still Here is a 2015 American horror movie that tells a "modern ghost story." After seeing this movie, you'd want to know the detailed history of every town you'd be moving to - as your new place of abode.

We Are Still Here centers around a couple that finds themselves haunted by vengeful spirits after they move to a rural town with a horrifying secret. According to history, every 30 years, a lonely old house in the fields of New England wakes up and demands a sacrifice. Unluckily for this couple, they are the sacrifice this time.

These are the best horror movies on Amazon Prime. They are pretty scary and frightening, yet interesting to watch. If you need to download any of the movies, use StreamFab Amazon Downloader.