Disney DVDs You can Collect 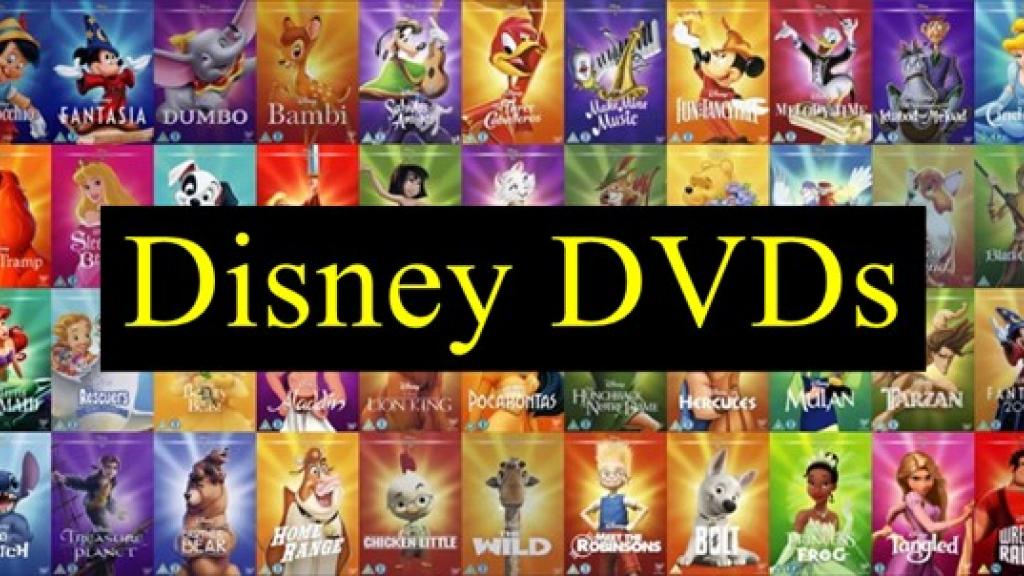 Do you have stacks of DVDs that are either packed or taking up valuable shelf space? In the age of Netflix and chill, DVDs are dinosaurs, but you can turn that ancient plastic into cash. Before we can look at how you can make some good money out of the DVDs, let’s first narrow it down to Disney DVDs.

Walt Disney Studios Home Entertainment's DVD releases are known as Disney DVDs. While it debuted as a print logo with Disney's first DVD releases in 1997, and a semi-animated version debuted on some Disney VHS bumpers in 1999, it was not given an official animated version until the 2001 Platinum Edition of Snow White and the Seven Dwarfs.

What are the popular Disney DVD releases?

The first animated classics on DVD were released in 1998. Limited editions of works like Lady and the Tramp, The Little Mermaid, and The Jungle Book are hard to come by. Disney also published Gold Classic Collections of Mulan and Hercules at a later date. Extras and sing-along music were included on these DVDs. Other notable titles included in the Collector’s Edition are Taran and Atlantis the Lost Empire. The Collector's Edition is a highly coveted DVD set that can be hard to come by.

What is Disney's Special Edition?

The Disney Special Edition is a limited-edition collection of great films that may include a variety of bonus features. Bonus features can be found on the reissued Peter Pan DVD, the 2-disc Sleeping Beauty set, and the Mulan double-disc version; however, not all special editions have them. Oliver & Company and James and the Giant Peach, for example, were essentially the same as when they were first released on DVD. As a result, before purchasing a DVD, it's a good idea to read the title's description.

Are there any highly sought-after limited-edition Disney DVDs?

If you're looking for a unique present idea, consider the Walt Disney Treasures. These DVDs, which come in 2-disc packages, are among the most valuable. Episodes of vintage cartoons and television shows were included on each DVD. Some of the titles in these lovely tin covers include Mickey Mouse in Living Color and Disneyland U.S.A. Leonard Maltin, who appears in each set to discuss the historical backdrop of the personalities, places, and films, came up with the concept. Another similar set is Walt Disney's True-Life Adventures, which is similar in style but focuses on animal exploration.

Disney Princes DVD you can Collect

Disney's "Beauty and the Beast" made history as the first animated feature film to receive an Academy Award nomination for best picture twenty-five years ago. The beloved film was nominated for two Academy Awards, including best song and best original score, as well as a Golden Globe Award® for best comedy/musical. The fascinating journey of Belle, an independent and clever modern-day heroine who is taken prisoner by a beast in his castle, will now be followed by a whole new generation of viewers. Despite her hazardous circumstances, Belle befriends the castle's enchanted staff—including a teapot, a candelabra, and a mantel clock—and eventually learns to look behind the Beast's surface to uncover the prince's heart and soul.

Take off on a magical carpet ride filled with nonstop comedy, thrills, and Oscar-winning music. A commoner named Aladdin and his cheeky monkey Abu fight to defend the free-spirited Princess Jasmine from the wicked sorcerer Jafar's plans in the heart of an enchanted city. With one touch of a magic lamp, Aladdin's life is transformed into a wonderful journey of discovery, as a fun-loving, shape-shifting Genie emerges and offers him three wishes.

Snow White and the Seven Dwarfs

Snow White and The Seven Dwarfs started The Walt Disney Signature Collection, which is forever enchanting and inspirational. Snow White, the lovely princess, captures the hearts of the Seven Dwarfs and triumphs over the terrible plots of a wicked Queen in this epic love and friendship narrative. Learn about the film dubbed "The Greatest Animated Film of All Time"!

When Flynn Rider, the kingdom's most wanted – and charming – robber, hides in a mysterious tower, Rapunzel, a gorgeous and feisty tower-bound teen with 70 feet of magical, golden hair, kidnaps him. With the help of a super-cop horse, an overprotective chameleon, and a gruff group of pub thugs, the odd couple embarks on an action-packed adventure. "Tangled" is an adventure narrative with heart, comedy, and a lot of hair.

Cinderella's Fairy Godmother changes an ordinary pumpkin into a magnificent coach and Cinderella's rags into a gorgeous gown with a wave of her wand and some "Bibbidi-Bobbidi-Boo," then sends her off to the Royal Ball. Cinderella's magical evening, however, must come to an end when the spell is shattered at midnight. To achieve the ultimate fairy tale ending, she'll need the help of her bold animal companions, Jaq and Gus, as well as a flawless fit into a glass slipper.

Since 1986, Disney has released a succession of videos, laserdiscs, and DVDs featuring musical numbers from various Disney films, television shows, and theme park attractions. The lyrics for the songs are presented on-screen as a "bouncing ball" with the Mickey Mouse emblem. Professor Owl and his class were first featured in 1953 in two Disney cartoons, Melody and Toot, Whistle, Plunk, and Boom, as well as the TV anthology program Toot, Whistle, Plunk and Boom for the sing-alongs. In some of the videos, Professor Owl (voiced by Corey Burton) hosts the viewers with his students as his assistants, while others are hosted by Ludwig Von Drake (also voiced by Corey Burton) or Jiminy Cricket (voiced by Eddie Carroll), and later volumes have no host at all. Von Drake and Jiminy Cricket were featured in various television shows in the 1950s, 1960s, and 1980s, including the Walt Disney anthology television series.

Here are some of the most expensive Disney VHS ever sold on eBay!

What should you do with old Disney DVDs?

You always need a DVD player as long as you have Disney DVD collections. But what are the best DVD player to use? Holding this question in mind, we'd like recommend you PlayerFab DVD Player which is a reliable and professional DVD player you can get.

Major features of this Disney DVD player are included:

How much can you get for old DVDs?

In most situations, the top price for a single DVD is around $100. DVD box sets with promotional packaging, on the other hand, can attract much higher prices. However, the majority of old DVDs are worth between $2 and $20, with many selling for less than $5.

Will DVDs go away?

In terms of DVDs as a medium for watching movies, they will almost probably still be available in 20 years, but in lesser supply due to lower demand for DVDs as online streaming grows more popular. That is not to imply that DVDs will be utterly obsolete in the next 20 years.

Finally, if you're looking for a quick buck, your old and valuable DVDs are a blessing. Make sure you precisely describe the condition of the items as well as anything unique about them when you begin selling them. If you have a very rare DVD and don't tell anyone about it, no one will want to buy it!

Some factors to keep in mind while selling your Disney DVDs are:

9 Best CD/DVD Burning Software for Windows PC in 2022
There are many different CD/DVD burning softwares available in the market. This article offers you a list of the top 9 CD/DVD Burning Software that is worth your time.
Kristin 2022-12-28
Top 10 Best VCR to DVD Converters [2022]
Looking for a good way to convert VCR tapes to DVD to keep your movie safe from the damage? Check out the best VCR to DVD converters in this post
SahilSharma 2022-09-29
Top 10 Ways to Remove Cinavia from DVD, Blu-ray and 4K UHD 2022
Cinavia removal can be one of the excellent options for achieving the best standards in an enhanced experience. Find the best ways to remove the Cinavia watermark effectively.
SahilSharma 2022-09-23