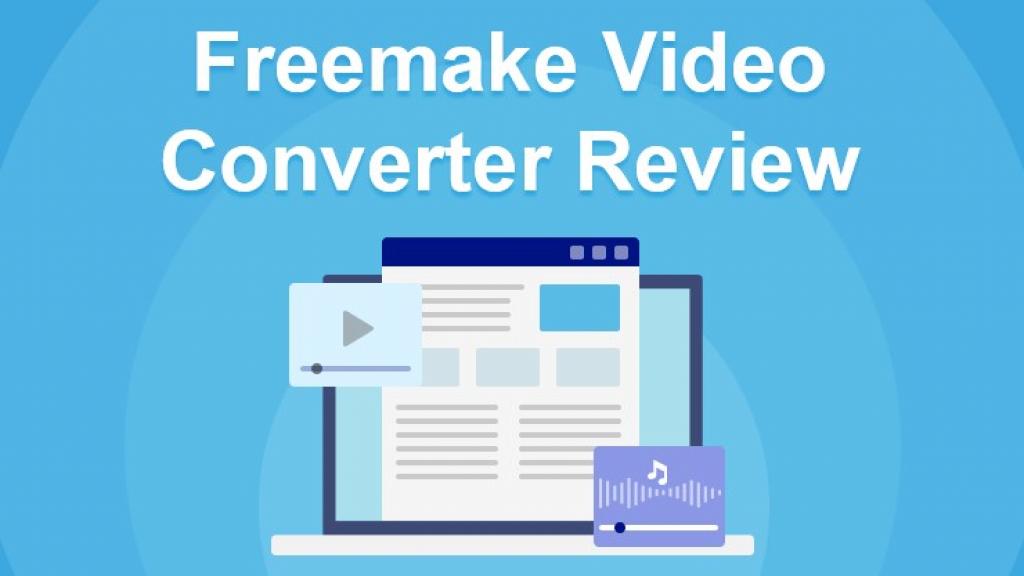 Everything You Need to Know about Video Converter

Video conversion seems like a complicated process if you are totally a new starter in this area, but with a video converter, it will absolutely be easy to follow when it comes to dealing with different file types and trying to get them available on all kinds of portable devices.

For example, you may have a video file in a format that your computer isn't able to play, or you're a professional video uploader like a YouTuber and need to deliver videos in certain formats. Or videos you want to upload on your social network should be converted into a certain format, but you still have no idea. In any of these cases and more similar scenarios, finding a video conversion software like the Freemake Video Converter can be applied to solve all of your concerns.

As its name indicates, Freemake Video Converter is specially designed to meet users’ various demands for converting videos between more than 500 formats and gadgets for free. For example, you can convert videos of formats including MP4, MP3, AVI, WMV, DVD to other formats you prefer without limitation for file size.

Also, it can directly convert video files to a DVD or Blu-ray, and it provides a choice to make a DVD menu when burning files to a disc. As for open resources that most users are interested in, it is rather useful for downloading and altering streaming clips from YouTube as well as other video websites and extracts audio from Youtube clips.

The software is a good choice for making your own DVDs because you can easily send video directly to a disc complete with a DVD menu and subtitles.

What Freemake Video Converter Does

Technically speaking, Freemake Video Converter is an all-in-one video converter software, which is capable of converting nearly any video file to another popular format while supporting a massive amount of input file formats.

Note that when you first install Freemake Video Converter, some features including converting YouTube videos will be locked. After three days you'll receive a free Web Pack as a gift, which will lift this restriction. Look out for a notification in the System Tray to see when the Web Pack is available.

And more detailed information about its major features will be listed above for your easier comprehension.

More Than 500 Formats Can Be Converted

The tool is able to edit streaming clips from Vimeo, Vevo, Dailymotion, etc. and extract audio files from video clips and then convert them to formats including MP3, MP4, AVI, WMV, MKV, and some other file formats. Serving as a free video converter, Freemake Video Converter is capable of automatically uploading video and audio files into iTunes and iOS after conversion, which is quite convenient for iPhone users. Converting large HD videos and movies is also available for users with just one click.

Video Conversion for Any Device

For better understanding, pros and cons of Freemake Video Converter will be listed as following for your direct comparison.

How to Convert Videos for Any Device?

Actually, you can use Freemake Video Converter to convert clips for any device that has media playback capability. The software supports devices that include iPhone and iPad, Windows, Android, PSP, Xbox, Nokia, Huawei, Xiaomi, and others. If your device isn't on the supported list, you can set up custom conversions settings.

Online reviews on Freemake Video Converter often point out that this is an entry-level video conversion and editing option, well-suited for beginners, and actually, it is quite simple to grasp, with just a few basic steps to follow:

Step 1: Add your files: Open the file you want to convert. And then all you need to do is to select any of the following depending on what the file is and where it's stored: Video, Audio, DVD, Photo, Paste URL. If you've added more than one file to Freemake Video Converter with the intention to combine them into one larger file, select Join files at the top right side of the program.

Step 2: Choose a format or device you want: Optionally edit the video by selecting the scissors icon to the right of the file. Press OK when you're finished with any edits.

Step3: Change the format: Click the bottom of the screen to find the format you want to convert the file to. Use the arrows on either side of the list of formats to pick either a file format—like MKV, FLV, AVI, MP4—or a device (e.g., to Xiaomi or to Apple).

Step 5: Select Convert to start the conversion process, and then wait while it completes.

Step 6: Press OK when the Conversion is completed promptly. The video will be saved to the location you chose in Step 4. And you can check it in that location for further conversion or editing.

After all the above operations, you can now close down the other success message and close Freemake Video Converter.

After checking for the whole review, you may realize that Freemake Video Converter is definitely one of the best and most comprehensive free software for converting, publishing, importing, and exporting multimedia files for it almost covering all widely used formats. It is rich in features and functions it supported, as well as a simple and intuitive interface. What’s more, it is totally free for all. Therefore, why wouldn’t you have a try and personalize videos of your own preference?

Yes, Freemake Video Converter is totally free for everyone, whether you want to convert video formats or extract video clips from online video platforms like YouTube.

So if you are considering converting video formats but have no idea, you may have a try by downloading it and exploring all features you want.

Yes, there is no need to worry about security issues. Though containing some advertisements, Freemake Video Converter is still safe for common use. And a large number of downloading has uncovered this very clearly.

How do I activate Freemake Video Converter for free?