Best Manga Apps for Your Phone 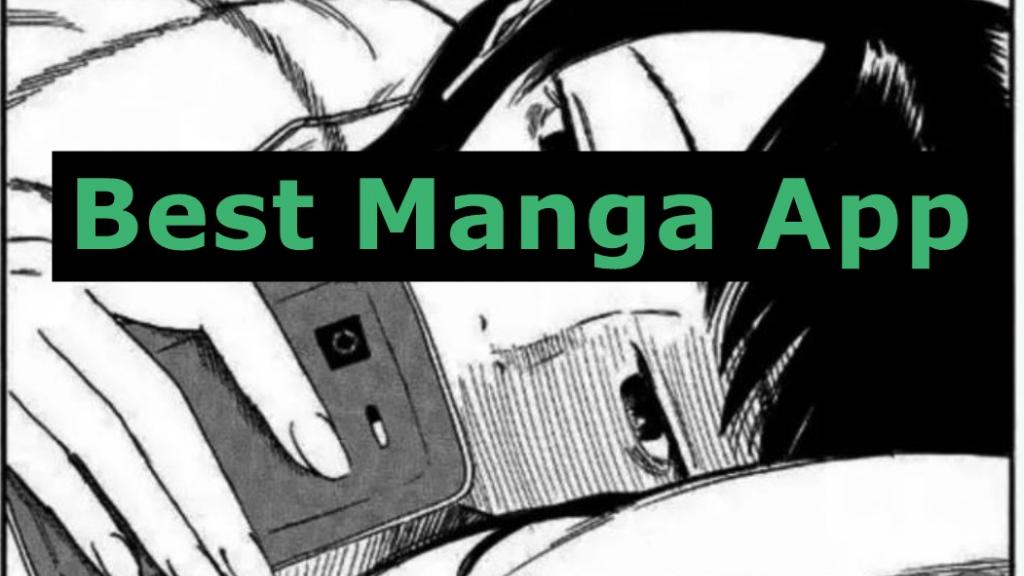 Reading Manga and comic series is a popular pastime among teenage girls and boys. Even some grownups enjoy reading Manga and comic books in their spare time. It is, however, frequently useful for their amusement as well as the development of their linguistic skills and inventive abilities. However, manga books are not always readily available in your area, and you may not be able to afford to collect them regularly. And even if you're a die-hard fan of stand-alone comics, you can't ignore the reality that many manga series are quite lengthy. (One Piece, Naruto, and I'm looking at you.) If you collect the print volumes, they can quickly fill up your bookshelves. It's easy to get carried away with numerous long-running shows. As a result, reading manga online makes sense. However, this poses the question: what are the greatest manga applications?

The Best 9 Manga Reader Apps for both Android and iOS

So, do you prefer comedy, action, horror, or romance in your comics? I've chosen apps that cater to a wide range of tastes, based on the age-old adage that "one size does not fit all." As a result, no matter what interests you, you can find comic books that will keep you occupied for a long time. Thousands of manga apps for Android and iOS may be found in Google's Play Store and Apple Store respectively. However, not all of them are compatible, so you should be cautious when installing one. Examining the features of the best manga apps listed below might be beneficial. This will help you figure out which ones you should try and which ones you should avoid. So, best wishes. Hopefully, these apps will provide you with a fantastic manga reading experience.

To get things off to a good start, I'd like to put Viz Manga at the top of the list. The app gives you access to the complete VIZ digital collection, which includes big series like Dragon Ball Super, My Hero Academia, Naruto Next Generations, and cult classics like Vampire Knight, Tokyo Ghoul, Official RWBY Manga Anthology, and more. Furthermore, the app adds new series regularly, ensuring that you always have something new to read. The possibility to construct a large library of interesting mangas is one of my favorite features of this software. You can read your favorite comics at your leisure now that you have a fully tailored library. Not only that, but it also has a download feature that allows you to read books even when you are not connected to the internet. Furthermore, the app allows you to read free previews of paid volumes before making a purchase decision.

Having the official manga app at your disposal makes getting the latest manga volumes directly from Japan a breeze. Crunchyroll Manga, as you may have guessed, is an official manga app for Android and iOS that allows you to rapidly access the newest manga volumes as soon as they hit Japanese newsstands. So, staying on top of all the latest releases, such as Fairy Tale, Space Brothers, and Attack on Titan, will be a breeze. The app has a simple design and some useful customization capabilities that allow you to fine-tune all of your favorite titles to fit your reading preferences. Please keep in mind that Crunchyroll Manga's freemium approach is extremely simple. If you want to receive the whole series library or have unlimited reading access, you'll need to upgrade to a premium membership.

When looking for the top manga reader apps for Android and iPhone, you'll notice that there are a lot of them that sell manga illegally. That's not right, so check out Mangamo if you want to read manga legally while also ensuring that the creators get their fair share. It is one of the best manga reader applications available, with a good selection of titles to choose from. The app includes some of the most popular manga series, like Attack on Titan and others. At $4.99 a month, the subscription isn't too expensive, and you get access to over 300 manga comics. Every week, new chapters are posted, so you'll never run out of things to read. Furthermore, there are no advertisements, so your experience will not be hampered by pop-ups or other advertisements. Furthermore, if you want to give it a try before committing to a subscription, Mangamo allows everyone to read one free chapter every 24 hours without having to register.

Manga Plus is another manga reader software worth checking out. The program provides you with access to a large number of manga comics that you can read whenever you like. It's an official service that's available for free and has practically every Shonen Jump title imaginable. You can discover all the comics from Naruto, My Hero Academia, Jujutsu Kaisen, and Dragon Ball right here on Manga Plus. Manga Plus is operated by Shueisha, a Japanese publisher that works with manga artists and authors, and has the most recent chapters from all of your favorite Manga series in English and Spanish. As a result, you may rest confident that using this free manga reader app does not constitute piracy.

Tachiyomi is one of the most popular manga reader apps available for Android users. It's a Manga reader for your phone that's fully free and open-source. The software doesn't have a catalog of manga to read, but you can add manga sources to it and it will automatically organize them so you may read whichever comic you want whenever you want. MyAnimeList, AniList, Kitsu, Shikimori, and Bangumi are among the services it supports. The reader itself is very customizable, with options for changing the color filters and more, as well as creating custom reading modes. The fact that this software is only accessible for Android is its only disadvantage. If you have an iPhone, you'll have to settle for one of the other applications on our list to get your manga fix.

If I had to choose a full-featured manga app for Android, I'd choose ComicRack. The nicest element of this program, in my opinion, is the array of reading aids that provide a significantly improved reading experience. For example, you can adjust the colors to your liking so that long periods of reading do not strain your eyes. It also has extremely useful management of reading statuses such as completed, unread, and bookmarks. Using the app widgets, keeping track of the articles that may have you engrossed for hours becomes a breeze. When combined with the Windows version of ComicRack, another feature that sets it apart from its competitors is the ability to handle CBZ, CBR, CB7, CBT, PDF, DJVU, and WebComics. It can also help you alter the design of the app if you have some nice live wallpapers on hand. There is also a Twitter integration if you want to keep your fellow Twitter followers up to date on what you're reading. In terms of cost, ComicRack is a little pricey at $8. However, given the remarkable features, the manga app is well worth the money. It's worth noting that it's only accessible for iPad, which seems a little disappointing.

INKR Comics is the idea of the team behind 'Manga Rock,' a renowned manga aggregation software. The team, which was announced in April of 2020, aims to help comic authors and publishers. To do this, the app's revenue is distributed between content creators and publishers. You can read a wide range of comics in this app, including action, romance, humor, horror, drama, a slice of life isekai, sci-fi, and more. You'll find stuff that you're likely to enjoy when you combine it with the tailored suggestions system. Furthermore, the app automatically syncs your statistics and reading progress across all of your devices if you have more than one.

MangaToon is a great place to go if you want to read colorful comics. This manga app appears to be right on the money in terms of having a large collection and a diverse choice of genres, including comedy, love, horror, romance, and action. It, like most of its competitors, updates daily with the most popular webcomics. And, depending on your preferences, you can compile a great library of your favorite books and even download the ones you wish to read offline without interruption. Do you have a fascinating story to tell? You can also write and share your own stories that you've been keeping hidden for years. The platform can provide the necessary exposure for your articles, resulting in a lot of praise for you. MangaToon also supports a variety of languages, including English, Indonesian, Vietnamese, Spanish, Portuguese, and Thai, which adds to its versatility.

I'd like to clear up some misunderstandings about reading manga online. You won't be able to do it for free. Sorry for the inconvenience. There are no manga readers or applications available online that allow you to do so lawfully. While some services allow you to sample several series or chapters for free, none allows you to read the entire book without paying. If you find a site or software that purports to allow you to do so, I must warn you that it is most likely piracy. The manga offered at those locations is either pirated English-licensed volumes or scans of unauthorized series that have been informally translated by fans, known as scanlations.

The top 9 manga apps listed above include a wide range of manga comics to choose from. As a result, you can choose any of them that most appeals to you.

Lastly, if you're unfamiliar with Manga, it's important to realize that it's read backward from right to left. This is because traditional Japanese is written in the same way. As a result, instead of using any comic book reader app, it is recommended that you utilize a manga reader app.

A Complete Review of ExpressVPN
This particular review is all about ExpressVPN: what it provides, how much it costs, and what it’s like to actually use.
Nicole 2023-01-11
Top 5 Best Image Cropping Apps in 2022
Cropping is an important phase of the photo editing process. Check out this article to learn more about the best Photo Croppers in 2022.
Nicole 2023-01-11
Tablo Review: Tablo Dual 64GB OTA DVR
Tablo devices are among the best-known OTA DVRs on the market. But are they any good? I’m so glad you asked. Here we prepare a complete Tablo review for you.
Nicole 2023-01-11